I plugged the current limiter into the wall, and the now-complete Bassman into the current limiter.  There were no tubes in the amp on this first run, I just wanted to make sure there were no shorts.  I made sure the switch on the limiter was set to the limit position, and I hit the power switch on the amp.  The pilot lamp on the amp burned bright red, and the current limiter bulb flashed brightly and quickly faded to a very dim glow, as the filter capacitors charged.  Success!  I switched the amp off, and inserted the four preamp and phase inverter tubes.  I switched the amp on again, this time with the limiter set to full power.  The filaments of the four tubes came to a dull orange glow in their sockets.  I switched the amp off again, and inserted the power tubes and connected a speaker.  I mentally prepared myself for the final test.

Scooter had informed me that there is a 50/50 chance that I would get a high pitch oscillation when I first turn the amp on.  As I understand it, this is due to the negative feedback circuit built into the amp.  A negative feedback loop essentially feeds a small portion of the output back to an earlier stage of the amplifier.  The most important factor is that the phase of the signal being fed back needs to be the opposite of the signal at the stage where it is fed back, or else you will get a regenerative oscillation, or a squeal, like what one would traditionally call “feedback”.  If the feedback signal is out of phase, then it will act to cancel out the frequencies that are being fed back, and this phase-cancellation will have an effect on the frequency response of the output.  “Uncle Doug” has a great YouTube video explaining the theory and the effects of a NFB.

I flipped the power switch, and all six tubes began to glow.  After giving the heaters a minute to warm up, I flipped the standby switch and was rewarded with a loud squeal!  I immediately turned the amp off and unplugged it.  I connected my discharge clip to drain the filter capacitors of any charge, and waited a couple minutes.  After reading the voltages across the filter caps and ensuring that they were at zero, I simply swapped the two wires from the output transformer primary from one power tube to the other.  This simple procedure effectively inverts the phase of the output, thus turning what was a positive feedback into a negative feedback.  I believe one could also swap the secondary wires from the output transformer to reach the same goal, but it is just easier to access and work around the power tubes.  The output transformer primaries are the brown and blue wires pictured below. 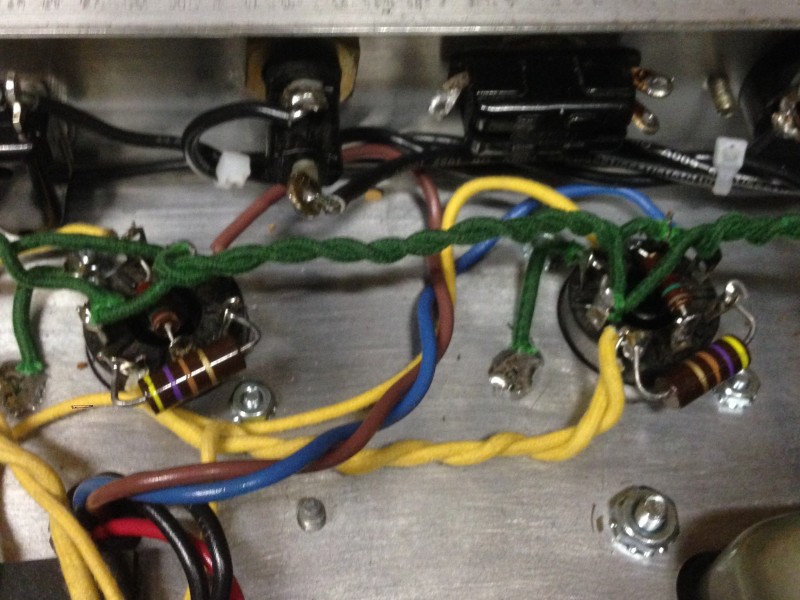 At this point I disconnected my discharge clip and plugged the amp back into the wall.  Power came on as normal, and then a few moments later I flipped the standby switch.  Eureka!  No oscillation!  Just a little bit of static and noise.  I plugged a guitar in to the bass input, and it worked!  Beautiful, beautiful tones came out of the speaker cabinet.  I then plugged into the normal input, and it also sounded great!  I have yet to explore the differences between the two channels, but as far as I can tell without really spending time with it, the bass channel has a much deeper resonance, but also has the capability to retain the high frequencies.  The normal channel has a stronger mid range and sounds a little grittier.

So, now I’m done with this amp, right?  Wrong.  For one thing, I still don’t have a good cabinet to house the working amplifier, and I still have these old transformers sitting around.  I have no idea whether they are any good or not, because there is no way to test a transformer’s efficacy without putting it into a working circuit.  At this point I had working amp so I could very easily troubleshoot each transformer by replacing them individually.

I started by removing the new output transformer, and replacing it with the original one, and it worked like a charm!  I then replaced the filter choke with the original unit, and that one worked fine as well.  The power transformer was the biggest problem.  It has many wires coming off the secondary coil, and all going to different places.  I made the mistake of replacing and re-attaching this one before doing a simple continuity check on all the leads to ensure that all of the correct connections were present, and there was no connectivity where there shouldn’t be.  I went ahead and turned the amp on anyway.  After quickly realizing that the amp was NOT working as it should, I turned off the amp.  I discharged the capacitors and made sure there were no shorts to ground.  It turned out that somewhere in the original power transformer, the 6.3V filament supply was shorted to ground.  I felt pretty stupid for not checking before I installed the unit, and I grudgingly re-installed the new power transformer.  Luckily for me, everything still worked as it should, and nothing was damaged.  In retrospect, the bad power transformer may have been the only issue with the amp all along.  On one hand, I could have avoided a lot of work had I known that, but on the other hand I am glad that I had the opportunity to hand-build such a great piece of electronic machinery from the chassis up.  I would definitely be poorer in knowledge and experience had I not gone through this project. 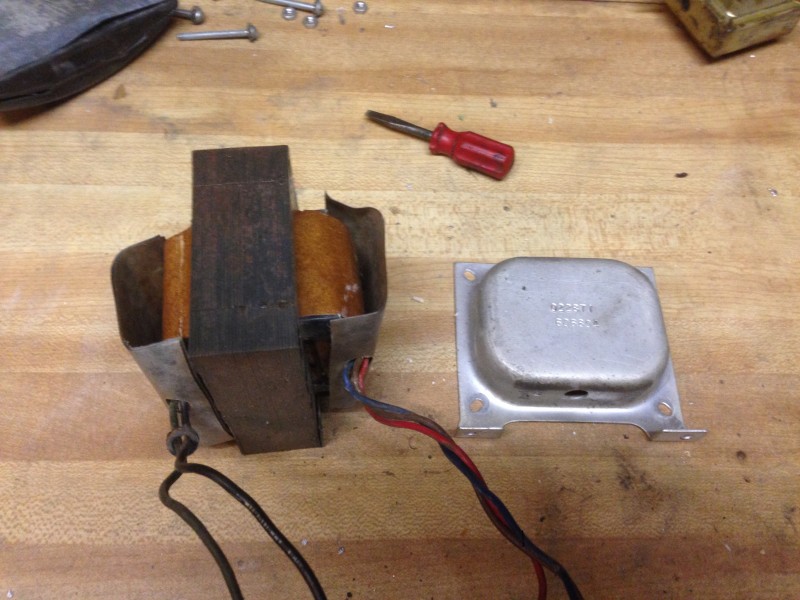 Now, knowing that the OT and the choke were in good working order, I proceeded to clean them up cosmetically.  The choke did not disassemble, so for fear of getting the internals wet I opted to just clean up some of the resin with some fine sandpaper and steel wool.  The OT, on the other hand, had these big, tarnished steel bells on either side that I removed easily.  I took some more sandpaper, steel wool and Windex to them and got them shining nice and bright. 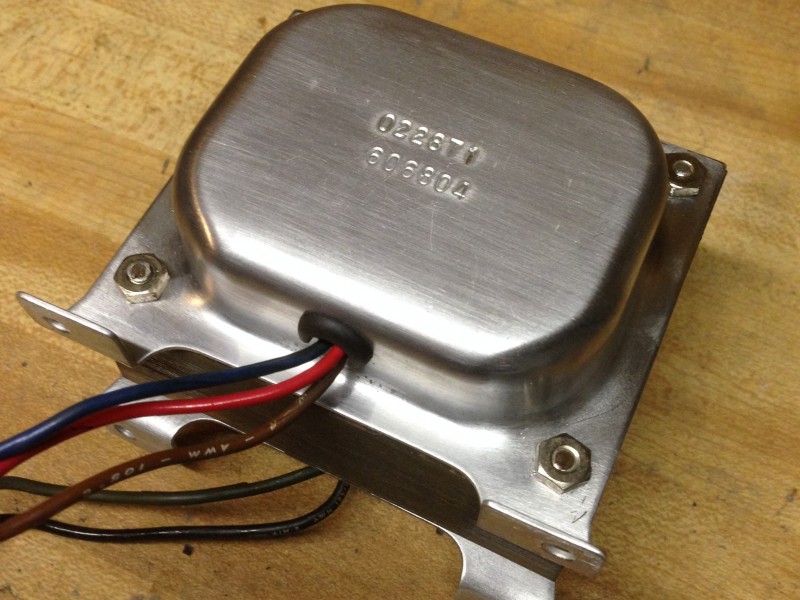 I reinstalled the now-clean output transformer and filter choke, and this restoration project is almost finished.  Now… I wait until my new cabinet arrives in the mail to put it all together.