Continued from part I.

Once I ordered the parts to rebuild the amp, I got to work with the dismantling.  I started by disconnecting the front control assembly, which happened to be quite easy. 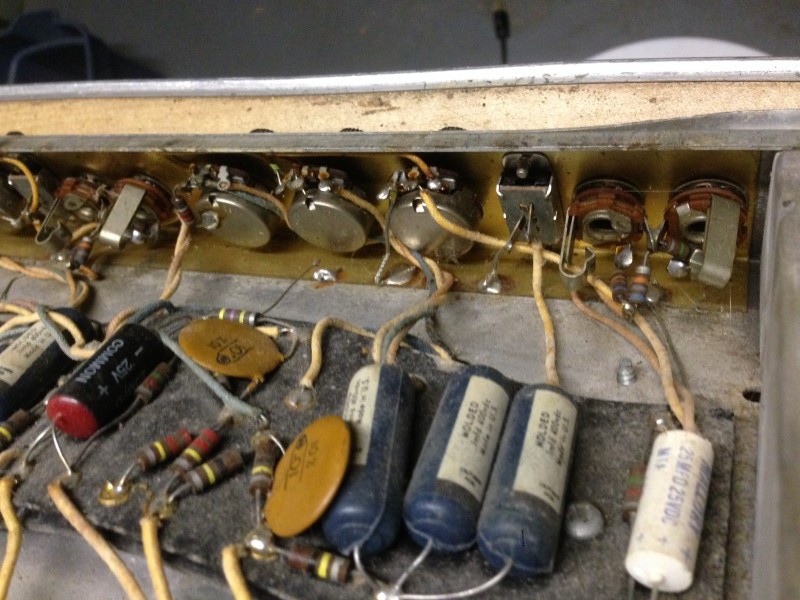 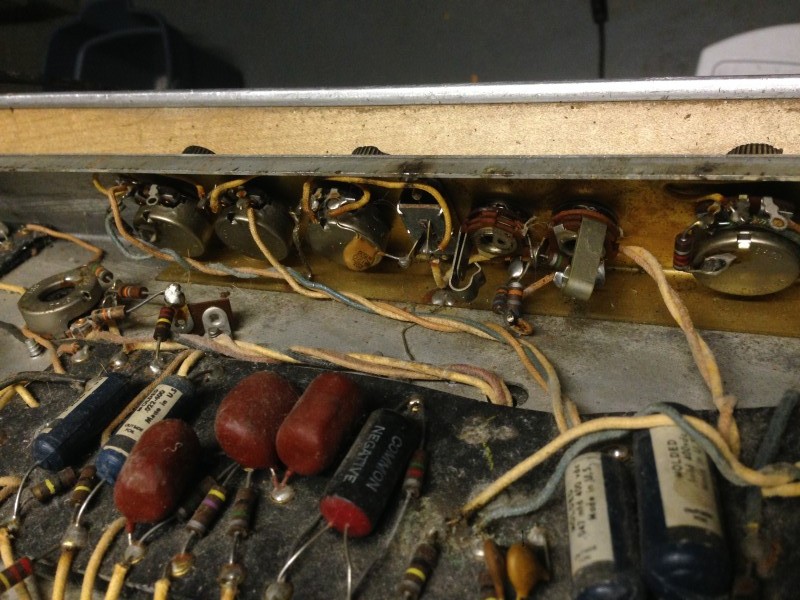 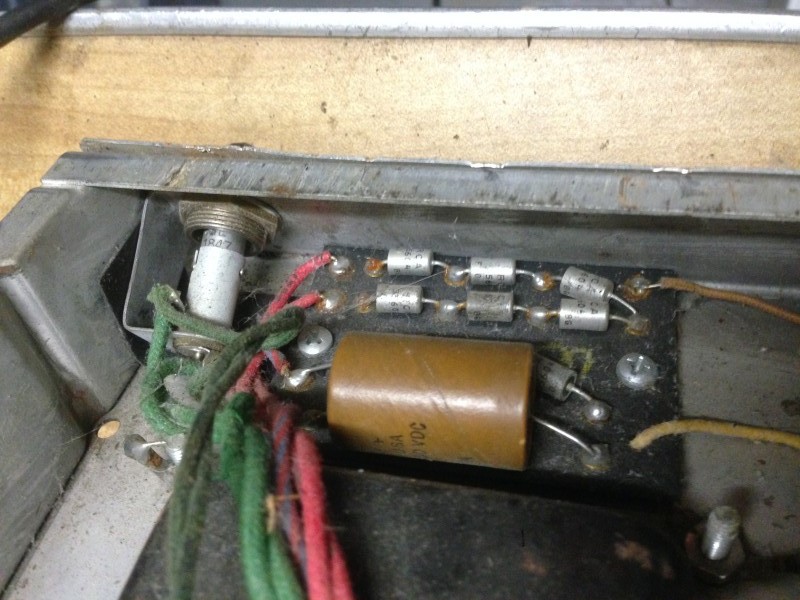 Then I moved around the amp, disconnecting all of the switches, jacks, fuse, tube sockets, and removing transformers and the eyelet boards.  The most painstaking part of the whole ordeal was probably removing all of the components from the boards, which in retrospect was not completely necessary.  My reason for doing so was that I was instructed by Scooter and several others to reserve the blue sausage-looking “Made in U.S.” capacitors at all costs.  I was told that these never go bad, and that this is where that “vintage Fender tone” lives.  I also wanted to salvage as many of the original carbon composition resistors as I could.  Plus, I figured that once I cleaned them up, some guy on the Internet would want to pay a lot of money for these ORIGINAL VINTAGE FENDER EYELET BOARDS VERY RARE COMPLETE SET.

Anyhow, once I was finished unbolting all of the components and removing the solder and wires from the chassis, I was left with this:

At this point, you’re probably thinking, “but, Bill… you already ordered a kit with a brand new chassis in it… why are you going through so much work?”  The answer is that when Bill is given the option of doing things his way, Bill chooses to do things RIGHT.  The answer is also that I wanted to restore a vintage piece of music history, not pay to build what I could have bought already built for half the cost, with way less effort…. seriously though, this project is costing way more than I had originally thought it would… but that’s neither here nor there.  Also, I would like to take this opportunity to say that I have a brand new Fender Bassman replica chassis and face/back plates for sale, should any of my readers have the need.

I got right to work on cleaning up this mess.  Again, by Scooter’s recommendation, I went to the hardware store and bought four different grades of sandpaper, some steel wool, and some ammonia-free Windex.  About half a bottle of Windex and several bottles of IPA later, I was left with this: 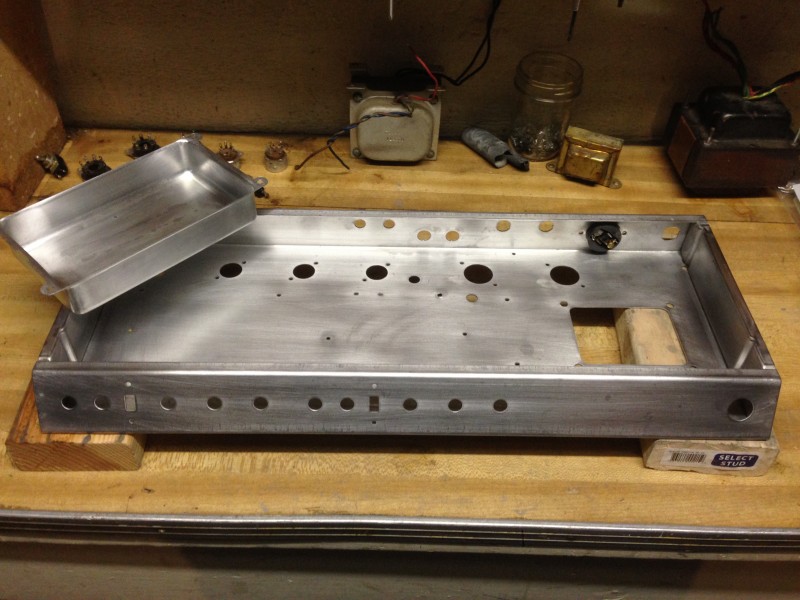 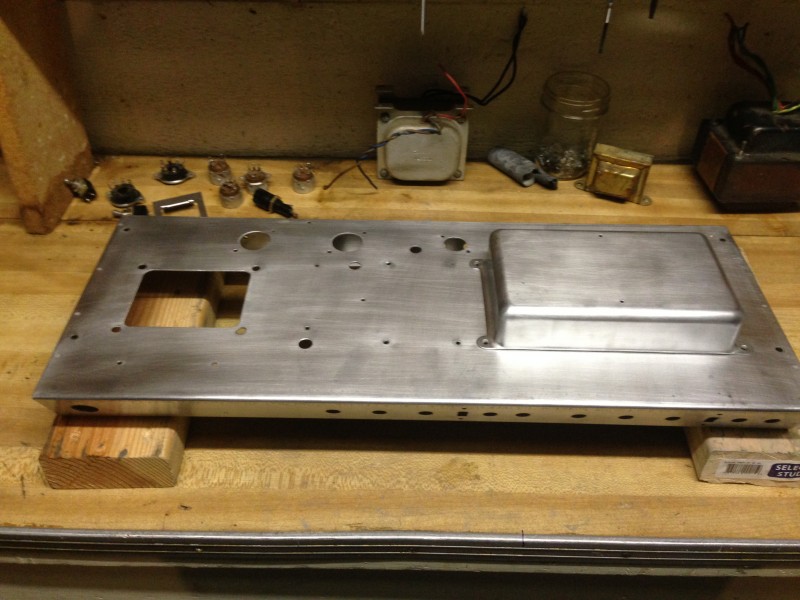 With the chassis clean enough to eat off of, I was ready for the arrival of the rest of the parts.